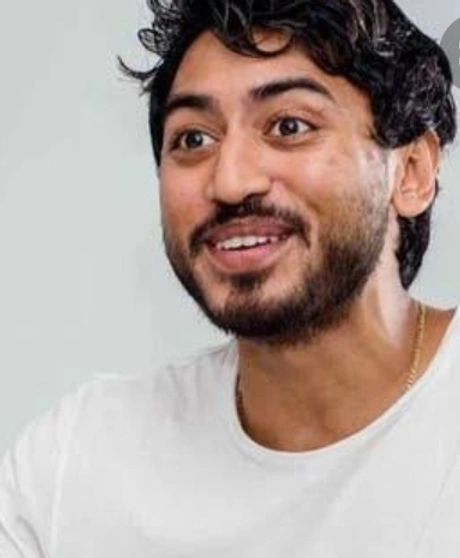 When a young tech entrepreneur with a history of doing business in Nigeria and Bangladesh was found dismembered this week in his multimillion dollar Manhattan condominium, the case at first seemed to have all the trappings of an international thriller.

Someone in a black suit, a mask and latex gloves had followed the victim, Fahim Saleh, into his apartment while carrying a duffel bag, a security video showed. The person then subdued Mr. Saleh with a Taser, stabbed him to death and returned the next day to dismember him with an electric saw, the police said. One law enforcement official said it “looked like a professional job.”

But instead of leading detectives toward Mr. Saleh’s overseas business projects, the evidence quickly pointed to someone close to home, the police said: his onetime personal assistant

On Friday, the former assistant, Tyrese Devon Haspil, 21, was arrested and charged with murdering Mr. Saleh, 33. Some investigators theorized that the suspect had tried to make the killing look like a professional assassination to divert attention from himself.

“Mr. Haspil was Mr. Saleh’s executive assistant and handled his finances and personal matters,” the chief of detectives, Rodney K. Harrison, said at a brief news conference on Friday afternoon. “It is also believed that he owed the victim a significant amount of money.”

According to three officials briefed on the matter, Mr. Saleh had discovered that Mr. Haspil had stolen roughly $90,000 from him. Though Mr. Saleh, who friends said was a generous man, fired Mr. Haspil, he did not report the theft, the officials said. He even offered to arrange a way for his former employee to work off his debt in what amounted to a payment plan.

Mr. Haspil, a Long Island native who had recently attended Hofstra University, was arrested at 8:45 a.m. on Friday in the lobby of a building at 172 Crosby Street in SoHo, where he had been staying in an apartment with a female friend, one official said. New York detectives and federal agents from a U.S. Marshals Service regional fugitive task force took him into custody.

“He tried to run,” said the building’s superintendent, who declined to give his name, explaining that he was not authorized to speak on behalf of the owner. The superintendent added that Mr. Haspil had arrived at the Crosby Street apartment at some point on Wednesday and that he was planning to leave on Monday.

Mr. Saleh was discovered dead on Tuesday, when his cousin went to check on him at his $2.25 million condo in a luxury building on East Houston Street on the Lower East Side. The cousin, officials said, was worried after not hearing from him for about a day.

When the cousin got to the apartment, the police said, she discovered a horrifying scene: Mr. Saleh’s head and limbs had been removed, and parts of his body had been placed in plastic bags designed for construction debris. An electric saw was plugged in nearby.

Investigators have concluded that Mr. Saleh had been killed the day before, according to a fourth official with knowledge of the inquiry.

A video shows the man the police believe to be Mr. Haspil following Mr. Saleh into his building and then into an elevator, where they appear to engage in small talk, the officials said.

The suspect was dressed in a black three-piece suit and wore a black mask and latex gloves, the officials said. He was carrying a duffel bag.

As the two men left the elevator, which opened directly into Mr. Saleh’s seventh-floor unit, the assailant fired a Taser into Mr. Saleh’s back, immobilizing him, law enforcement officials said. He then stabbed Mr. Saleh to death, wounding him multiple times in his neck and torso.

After the attack, the suspect used a credit card to hire a car to go to a Home Depot, on West 23rd Street in Manhattan, and to buy cleaning supplies, the fourth official said. The next day, dressed in a gray hooded sweatshirt, the assailant returned to Mr. Saleh’s apartment to dismember the body and clean up the crime scene

Security video from inside Mr. Saleh’s elevator showed that the suspect used a portable vacuum cleaner, perhaps in an effort to remove residue that was left behind when the Taser was fired, the officials said.

But while the assailant was cutting up the body, Mr. Saleh’s cousin buzzed the apartment from the building’s lobby. Before she got upstairs, the attacker fled through a back door and down a stairwell, officials said.

Only four years ago, Mr. Haspil graduated from Central High School in Valley Stream, N.Y., where he won an award for website design, according to local news articles. In 2017, he entered Hofstra as a member of its class of 2021.

Detectives believe that he began working for Mr. Saleh when he was 16, and eventually started managing some of his finances as well as taking care of personal matters, like caring for his dog. One official said Mr. Saleh paid him well enough that he was able to settle the debts of several members of his family.

Mr. Haspil had recently lived on Woodruff Avenue in Brooklyn, where Kate Hain, one of his neighbors, said that nothing about him suggested he was capable of homicide.

“He and his roommate seemed to keep to themselves and not cause any issues in the building,” Ms. Hain said. She added that Mr. Haspil had done “nothing unusual” in all the time he lived there.

Mr. Saleh was born in Saudi Arabia to Bangladeshi parents who eventually settled near Poughkeepsie, N.Y., a small city on the Hudson River. In a statement earlier this week, his family called his death an “unfathomable” shock.

After graduating from Bentley University in Waltham, Mass., in 2009, he built an app called PrankDial that allowed users to send prerecorded prank calls. Mr. Saleh has said he eventually built PrankDial into a $10 million business.

Mr. Saleh went on to found Pathao, a motorcycle ride-sharing start-up in Bangladesh. He left that company in 2018 to begin a similar venture in Nigeria, an app known as Gokada. He was also the founding partner in a Manhattan-based venture capital fund, Adventure Capital, that invested in similar transit start-ups in Colombia and Bangladesh.

Shortly after 5 p.m. on Friday, Mr. Haspil was led out of the 7th Precinct station house on the Lower East Side in handcuffs and a white jumpsuit. He declined to answer questions fired at him by reporters.

Initially, a law enforcement official had described Mr. Saleh’s death as a “hit,” but some investigators now believe that Mr. Haspil may have tried to make the killing look like a professional assassination in an effort to trick detectives into thinking it was linked to Mr. Saleh’s business deals.

Still, one investigator said that Mr. Haspil made “several rookie mistakes” — including buying a Taser online with his own credit card and signing for the package when it arrived in June.

The superintendent at the Crosby Street apartment said the police told him that Mr. Haspil had also used one of Mr. Saleh’s credit cards to buy balloons to celebrate the birthday of the woman he was staying with. On Friday afternoon, the superintendent said, the balloons were still in the apartment.

“The credit card was used to buy balloons, and this and that, because he was with a girl for her birthday,” the superintendent said. “How stupid can you be?”