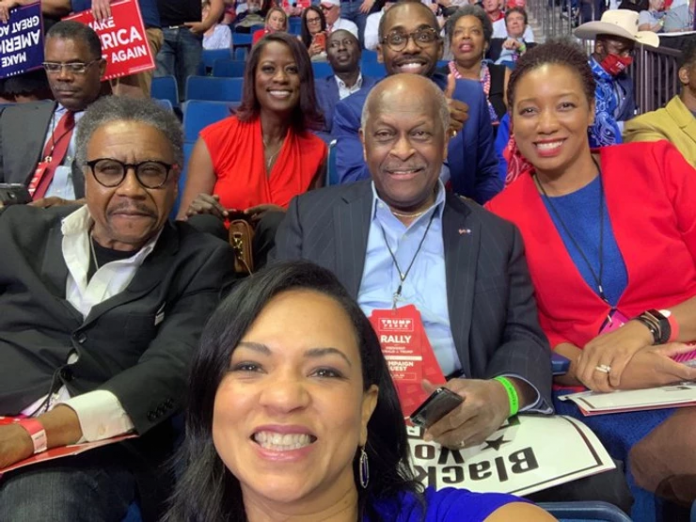 Herman Cain, a onetime Republican presidential candidate and former CEO of Godfather’s Pizza, has died from coronavirus, according to an obituary sent from his verified Twitter account and Newsmax, where he was launching a television show.

Cain, 74, was hospitalized earlier this month, and his Twitter account said this week he was being treated with oxygen in his lungs. It is unknown where Cain contracted the virus.

“You’re never ready for the kind of news we are grappling with this morning. But we have no choice but to seek and find God’s strength and comfort to deal,” his official Twitter account said Thursday.

As a co-chair of Black Voices for Trump, Cain was one of the surrogates at President Donald Trump’s June 20 rally in Tulsa, Oklahoma — which saw at least eight Trump advance team staffers in attendance test positive for coronavirus. Trump campaign spokesman Tim Murtaugh has told CNN that Cain did not meet with Trump at the Tulsa rally

Cain had posted a photo of himself at the rally, seated closely among other attendees without a facial covering

We honestly have no idea where he contracted it. I realize people will speculate about the Tulsa rally, but Herman did a lot of traveling the past week, including to Arizona where cases are spiking,” Dan Calabrese, who has been editor of HermanCain.com since 2012, said in a post earlier this month announcing Cain’s Covid-19 diagnosis.

Cain announced his candidacy for president in 2011. He briefly gained traction in the race for his 9-9-9 tax reform plan, which would have replaced almost all current taxes with a 9% income tax, a 9% corporate tax and a 9% national sales tax. After about seven months, he dropped his bid for the GOP nomination amid sexual harassment allegations, which he denied.

Cain was considered at an increased risk for coronavirus due to his age and history with cancer, according to US Centers for Disease Control and Prevention guidance

In 2006, Cain was given a 30% chance of survival from stage 4 colon cancer that had spread to his liver. He underwent chemotherapy and surgery to remove the cancer from his liver and was declared cancer free in 2007.

He told CNN in a 2011 interview that after beating cancer he felt he had to do “something bigger and bolder,” leading him to decide to run for president.

Cain was born December 13, 1945, in Memphis, Tennessee. He is survived by his wife, Gloria, and their two children, Melanie and Vincent, and grandchildren.

Soon after the news of Cain’s passing, White House press secretary Kayleigh McEnany said the former entrepreneur “embodied the American Dream and represented the very best of the American spirit.”

“Our hearts grieve for his loved ones, and they will remain in our prayers at this time,” McEnany tweeted. “We will never forget his legacy of grace, patriotism, and faith.”