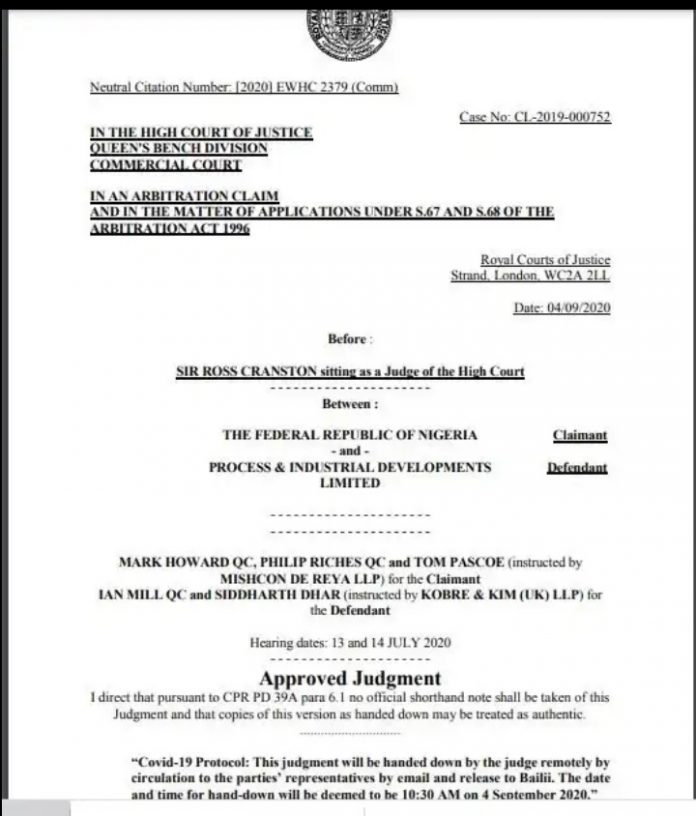 Nigeria has secured a landmark victory in its pursuit to overturn a $10 billion judgement awarded against it in a case against Process and Industrial Developments (P&ID).

Delivering his judgement on Thursday, Ross Cranston, a judge of the Business and Property Courts of England and Wales, granted Nigeria’s application for an extension of time and relief from sanctions.

On January 31, 2017, a tribunal had ruled that Nigeria should pay P&ID $6.6 billion as damages, as well as pre- and post-judgment interest at 7 per cent.

The Federal Government had approached the court to establish that the contract was awarded on illegal terms.

Nigeria has been making moves to overturn the judgement and has gotten court clearance to request documents from a P&ID stakeholder and review bank statements of ex-president Goodluck Jonathan, as well as that of former petroleum ministers, Diezani Alison-Madueke and Rilwanu Lukman.

The Economic and Financial Crimes Commission (EFCC), had on August 18, arraigned James Nolan, a Briton, and six companies over their alleged involvement in the contract.