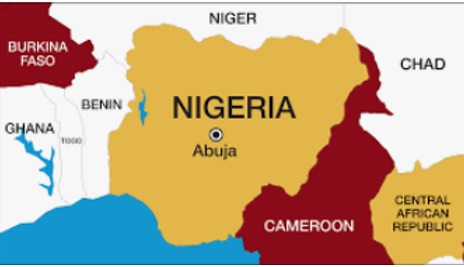 The Pan African Institute for Global Affairs and Strategy (PAIGAS) made up of Retired Career Ambassadors and Distinguish Intellectuals says Nigeria is at risk unless it finds the courage to restructure.

PAIGAS made this submission following a video conferencing which focused on two items on the list of the Senate circular namely, the Federal Structure and Power Devolution; and Nigeria Police and Nigerian Security Architecture.

The NGO had earlier received an invitation from the Senator Omo- Agege Chaired 1991 constitutional review committee to submit a memorandum. The NGO appreciated the committee stating that the review is timely.

“This initiative of the Ad-hoc Committee is not only timely and apt, but also crucially important, given the humongous challenges that our country faces at this time in all spheres of national life, including even the existential threat”.

As a Non-Governmental Organization (NGO), The Pan African Institute for Global Affairs and Strategy (PAIGAS) made up of Retired Career Ambassadors and Distinguish Intellectuals, is privileged and honored to be able to respond to this patriotic call of the Senate Ad-hoc Committee and make its contribution.

See below the brief on the video conferencing

On the 3rd of September 2020, PAIGAS organized a video conference for three hours involving academics, intellectuals and retired Career Ambassadors of Nigerian extraction from within and outside the country. A copy of the report of the conference is herewith attached for the ease of your reference. Essentially, the discussions at the conference These issues were robustly discussed within the context of the National Conference of 2014 with recommendations proffered on political restructuring and State Policing. The argument was that the Nigerian state is currently challenged by a crisis of transformation but that “if the core issues upon which Nigerians are divided are collectively addressed, agreed upon and enshrined in the Constitution, the potential for eliciting real transformation in the country will be achieved.” Nigeria is at risk unless it finds the courage to restructure, and restructuring Nigeria definitely transcends the politics of party loyalty.

Another point made during the video interaction was the need to resuscitate the conclusions and recommendations of the 2014 National Conference with reference to political restructuring, form of government, national security and the question of State Police. In this connection, the point was amply made that the 1999 Constitution (as amended) was defective in the sense that it vested too much power in the President of the Federation with the subjection of the exercise of most of the Executive powers of the State to the Executive powers of the Central Government.

Additionally, a pertinent question was asked at the video conference: “As a Country, are we ready to move from State to Nation?” It was argued that “For many, Nigeria as politically constituted is stifling, retrogressive and Anti-Federalist” and the non-implementation of the recommendations of the Conference has done great disservice to the Nigerian State and Citizens.

Another perspective that came out of the interaction vis-à-vis the 1999 Constitution (as amended) was the need expressed for emphasizing leadership implementation. In this connection, a robust call was made on the need to focus on the implementation of the Constitution by ensuring that the various arms of government are held accountable for their actions or inactions, and that the country’s leadership works towards consciously developing an advanced economy. Leadership, particularly of the political class, must stop the reckless abuse of the Federal Character principle and focus on merit, competency and inclusiveness in its actions and policies.

Another point that emerged during the web interaction was that Nigeria is a Federalism in search of a workable Federalism. Consequently, it is imperative that we agree that Nigeria, as presently constituted, is not a Nation and should not be treated as one. It was also stressed that our Federal system is over-centralized especially as the 1999 Constitution (as amended) grants the Federal Government sixty-eight items on the exclusive list and thirty items on the concurrent list. To address some of these challenges, it was proposed that accountability and transparency must guide governance at all levels, not the pursuit of political, selfish and sectional interests. There is need to shift focus from Nationalism (nation building) to State building with citizens embracing and acknowledging that we are different, but can work together to advance State development.

We have thoroughly deliberated on the mandate of the Ad-Hoc Committee and your request for perspectives of citizens like us and hence we make the following conclusion.

What else is there to say? We must address once again a pertinent question which had been earlier asked and which is central to this whole matter of constitutional review and work of the Ad-Hoc Committee. Are we, as Nigerians, ready to move from State to Nation? Few will doubt today that Nigeria, as presently constituted, is in a state of crisis, but crisis and conflicts are not necessarily caused by diversity of peoples but rather by the way multi culturalisms are managed and how they relate to the structure of power. It is our considered view that the remarkable work and decisions produced from the 2014 National Conference are vital assets for addressing these challenges.

Consequently, there is no need for Nigerians to further expend energy, time and resources re-hashing well thought out recommendations on how to re-structure, re-new and re-position the country. The issues, the how and who should implement the interventions have already been articulated and presented to the Government and Nigerians. The onus lies on us all, especially the Law – making arm of Government, to ensure the enactment and implementation of the key recommendations of this very important national exercise which many thought would never have happened.

Submitted with the highest regards.