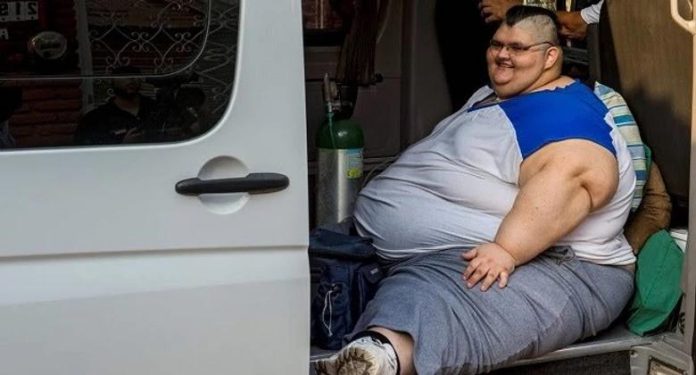 Mexican who was once the world’s heaviest man has beaten the coronavirus, helped — he believes — by several years of dieting, exercise and stomach-reduction surgery that saw him shed hundreds of kilos.Juan Pedro Franco used to weigh 595 kilos (1,310 pounds) — more than the average male polar bear and enough to be certified by Guinness World Records in 2017.The 36-year-old now weighs around 208 kilos, but his history of diabetes, high blood pressure and chronic obstructive pulmonary disease made his battle against the virus particularly grueling.“It’s a very aggressive disease. I had a headache, body ache, breathing difficulty, a fever. I was a very high-risk person,” Franco told AFP from his home in the central state of Aguascalientes.Mexico, which has the world’s fourth-highest COVID-19 death toll, has the highest obesity rate on the planet among children and the second-highest among adults.A quarter of the more than 74,000 Mexicans who have died after catching the virus were overweight.Many of the dead suffered from at least one underlying condition such as hypertension, diabetes and obesity, often associated with a poor diet and lack of exercise.“Patients who are diabetic, have hypertension and heart disease are more susceptible to serious complications” from the virus, said Jose Antonio Castaneda, the doctor who headed the team that treated Franco’s obesity.“Their chances of pulling through are very slim,” he added.His patient, who was once too heavy to get out of bed, was an exception.Franco, who lost his 66-year-old mother to COVID-19, believes that his weight loss treatment — including three operations — helped him to survive because his diabetes and hypertension are now under control.