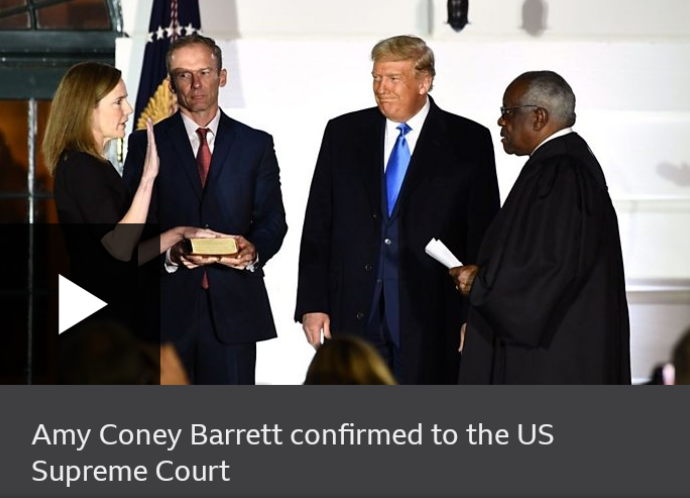 The US Senate has confirmed Judge Amy Coney Barrett to the Supreme Court in a victory for President Donald Trump a week before the presidential election.

Her appointment seals for the foreseeable future a 6-3 conservative majority on the top US judicial body.

Senate Democratic leader Chuck Schumer said that by going ahead with the vote so close to the election the Republican majority was “lighting its credibility on fire”.

Justice Barrett, 48, took the oath of office at the White House alongside President Trump.

Only one Republican, Senator Susan Collins, who faces a tough re-election battle in Maine, voted against the president’s nominee in Monday evening’s vote.

The new justice is the third appointed by the Republican president, after Neil Gorsuch in 2017 and Brett Kavanaugh in 2018.