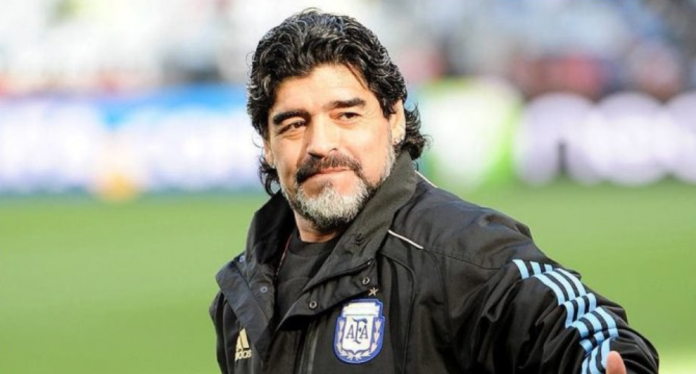 Diego Maradona’s tormented private life, with its tangled relationships and paternity suits, suggests distributing his inheritance will be a complex task for lawyers bracing for claims from a slew of children — those he recognized and those he didn’t.

“There’s going to be a big fight. He didn’t leave a will,” according to a source close to the family who declined to be named.

Maradona made and wasted millions over his years at the pinnacle of his fame with Barcelona, Napoli and Argentina, and he also made some shrewd investments. Some reports circulating since his death estimate his estate at around $90 million.

Angered over a dispute with his daughter Giannina last year, he threatened to donate all his wealth, including properties, luxury cars and sponsorship contracts, to charity.

“I know that now, as you get older, people are more concerned about what you leave behind than what you are doing,” he was quoted as saying at the time.

Under Argentine law, however, a person can only give away a fifth of their assets. At least two-thirds must be left to the spouse or offspring of the deceased.

Giannina, 31, had sparked the row by accusing the former star’s entourage of not taking proper care of him, which seems to have been a recurring theme of their relationship.

Father and daughter had reconciled by his 60th birthday in October, Giannina lauding him in a series of affectionate messages posted on social media with her sister Dalma.

Claudia Villafane was Maradona’s childhood sweetheart since the age of 15. His only wife, they divorced in 2003.

Their two daughters, Dalma, 33 and Giannina —  were the only children he recognized for many years.

But there were others, spawning the joke that Maradona had fathered his own soccer team. It threatens to make the task of distributing his inheritance a complicated one for his lawyer Matias Morla.

The football icon has been forced to acknowledge three children over the years, including Diego Junior, born a few months before Dalma.

Conceived with Italian singer Cristiana Sinagra, and born in 1986, months after he captained Argentina to World Cup glory in Mexico, it took Maradona 29 years to acknowledge his paternity. Ill with Covid-19, Diego Junior was unable to travel from Italy to his father’s funeral.

In 2008, the football legend recognized Jana, born in 1996 to her mother Valeria Sabalain, the former girlfriend he was closest to during the last months of his life.

Another son Diego Ojeda was born in 2013 from his relationship with ex-girlfriend Veronica Ojeda.

But others have staked paternity claims against Maradona, including according to his lawyer, at least three in Cuba where Maradona spent years in a drug rehabilitation program.

Spats between the ex-partners and Maradona’s children have been a recurring theme of his life and have been given a full airing on social media and Argentine television channels.

His eldest daughters and their mother appeared to be the ones in control of the funeral arrangements on Thursday.

However, the World Cup winner was in a legal dispute with his ex-wife over ownership of hundreds of items of memorabilia from his career.