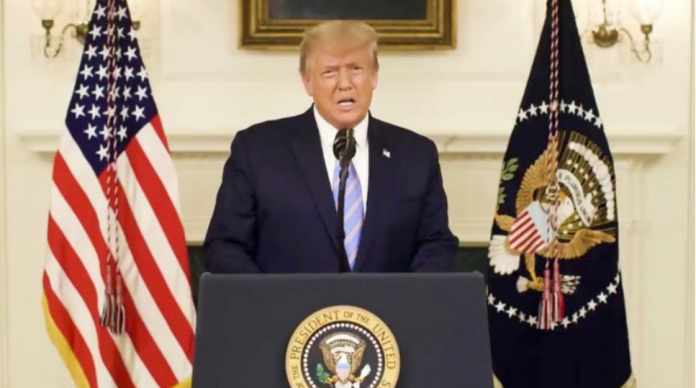 The US House of Representatives has impeached President Donald Trump for “incitement of insurrection” at last week’s Capitol riot.

Ten Republicans sided with Democrats to impeach the president by 232-197.

He is the first president in US history to be impeached twice, or charged with crimes by Congress.

Mr Trump, a Republican, will now face a trial in the Senate, where if convicted he could face being barred from ever holding office again.

But it is unlikely Mr Trump will have to quit the White House before his term in office ends in one week, as the Senate is not expected to convene in time.

The Democratic-controlled House voted after several hours of impassioned debate on Wednesday.