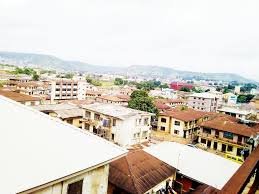 Enugu – The newly sworn in Executive Chairman of Isi Local Government Area in Enugu State, Barrister Obiorah Obeagu has promised that his immediate priority would be to rehabilitate the teeming youths of the various communities who have taken to drugs due to the frustration of unemployment.

He disclosed that he would also seek partnerships with the state and Federal Government as well as national and international intervention agencies to actualise the initiative of taking Isi Uzo youths off drugs and alcoholism.

Barrister Obeagu who unfolded his agenda while addressing the indigenes, traditional rulers and the Peoples Democratic Party, (PDP) members from the various communities in the local government said he would do that by engaging the unemployed graduates into skills acquisition programmes so that upon graduation they would be encouraged to go into small scale enterprises rather than idling away waiting for employment that were never available.

“I am not happy that majority of our youths with great potentials are wasting away. Many of our educated youths are roaming about unemployed and are being ravaged by poverty.

“We are losing our youths to drugs and crimes and this is no longer acceptable ” he stressed adding, ” in absence of white collar jobs, our youths can be self reliant and responsible entrepreneurs making millions through small and medium scale enterprises”.

The new chairman further stated that his administration was poised to build partnerships and implemented programmes aimed at building capacities among the youths of the local government to help them take hold of their future.
Barrister Obeagu equally declared that his regime will deliberately give serious attention to education because according to him education remained critical tool for laying good foundation for the future of any society.

He regretted that many indigent and intelligent pupils in the local government were out of school due the inability of their parents to provide learning materials for them and promised that his administration would ensure that every child got enrolled in school no matter the challenges confronting them.