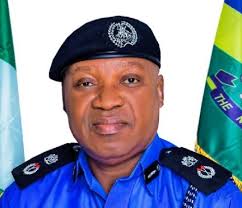 Abuja – What would have led to a major crisis at the ever busy, Balogun Business Association, (BBA) International Center for Commerce(ICC) at the Lagos International Trade Fair Complex, Lagos was recently averted.
This was sequel to the wisdom and professionalism which the Commissioner of Police Lagos State, Mr Abiodun Alabi deployed to douse the brewing tension created by a factional group of Balogun Business Association led by one Chief Okechukwu Ezeibe,a former President of the association.

The ICC is run by Balogun Business Association, (BBA) which was incorporated in 1990 under the leadership of its first President,Chief Leonard Ogbonnia,and subsequently registered with the Corporate Affairs with a Board of Trustees currently led by Tony Obi.

Activities at the complex were peaceful until sometimes in 2021 when Chief Okey Ezeibe who was the second President of the association with his group attempted to forcefully take over the leadership of the complex with his cronies contrary to the Constitution of the association and subsisting judgments and decisions of both the Federal High Court and the Lagos State High Courts.

It was reliably gathered through our sources that he had allegedly tried to use the police to install a new leadership for the association last year which caused severe tension in the ICC. A similar use by him of the police during another crisis some years ago led to casualties.

Presently the Board of Trustees led by Tony Orbih and the Caretaker Committee of the association under the leadership of Honourable Anselm Dunu have secured several judgments and decisions of the courts against Chief Ezeibe and a few members of the Association that are behind him.

The Inspector-General of police and other top ranking police officers including the Commissioner of Police, Lagos State and the Corporate Affairs Commission are parties to some of the lawsuits, judgments and decisions of the courts.

The Federal High Court, sitting in Abuja directed the Inspector-General of Police and all the officers joined in the case including the Commissioner of Police Lagos Command to stay clear from further harassment and intimidation of the officials of the association.

The court equally stressed the need for all the parties to maintain the status quo pending the determination of the substantive suit to avoid breakdown of law and order in the premises.

Chief Ezeibe’s group again sought to drag the Police into a collision course with the courts by seeking the help of the Police to illegally install his cronies as new executive officers of the association. The group had purportedly claimed that new officers had emerged in an illegal election held in contravention of the judgments and orders of both the Lagos State High Court and the Federal High Court in a hotel outside the association’s ICC premises.

They did not bring to the attention of the new Commissioner of Police of Lagos State command the existence of these judgments,decisions and order of the courts but instead tried to mislead the new Police Commissioner of Lagos State, Mr Alabi by asking for police protection from the command to help them swear-in those of their men purportedly elected in the illegal election that violated judgments,orders and decisions of the courts.
They told the commissioner that certain individuals who lost out in the election were bent on stopping their so called newly elected officials from assuming office.

Unfortunately for them, the Commissioner of Police allowed wisdom to prevail by choosing to invite all the parties to a meeting during which he advised them to be guided by the pronouncements of the courts on the matter pending the final determination of the suits.

He warned them of the consequences of resorting to self help adding that since all of them had access to judiciary, they should wait for the outcome of the pending suits.

The results of sampling of the opinions of a wide range of the membership of the association showed that the members were satisfied with the position taken by the State Command of the police and they generally lauded the wisdom and professionalism of the Lagos State Police boss in calming the tension at the complex and averting crisis.