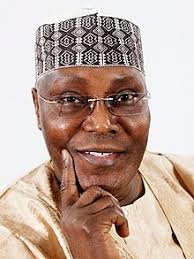 His formal declaration is at the backdrop of wide consultations with all relevant stakeholders within and outside the party on his intention to contest.

In a letter which was sent to political leaders and sighted by newsmen on Sunday in Abuja, the declaration event has been slated for Wednesday, 23rd day of March, 2022 in Abuja at 11.00am.

The ex-Vice President is currently the leading presidential aspirant in the opposition Peoples Democratic Party.

The letter which was signed by the chairman, Technical Committee of the Atiku 2023 Presidential Project, High Chief Raymond Dokpesi, reads in part:

“The historic event will hold at the International Conference Centre, Abuja on Wednesday, March 23, 2022 at 11AM. Your presence will certainly add colour to the event as we expect your presence at the ceremony.”

It would be recalled that a few hours after the Office of the National Organizing Secretary of the PDP, commenced sale of nomination forms for all elective offices in the 2023 general election last week, a group, North-East Business Forum, stormed the party’s secretariat and obtained the Presidential expression of interest and nomination forms for the former Vice President at a combined sum of N40 million.

Peionews recalls that Atiku Abubakar who is well known across political parties as a master-political strategist and political heavyweight came a narrow second behind the incumbent president Muhammadu Buhari who won the 2019 presidential election.