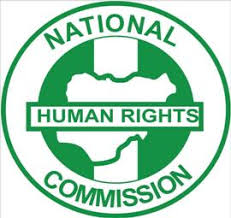 … Urges law enforcement agencies to intensify investigations to unravel the circumstances surrounding the death of some Nigerian journalists, including the late Vanguard newspaper journalist, Tordue Salem

Abuja – The National Human Rights Commission (NHRC) said that the press is a critical agent for the protection of democracy and development and must be supported to enable them to effectively discharge their constitutional duties as the watchdog of the society.

It observed that Nigerian journalists fought very hard to achieve our democratic status and deserve a better deal unlike the current situation where many of them struggle with poor conditions of service amidst other challenges, including censorship, harassment, intimidation and in some cases, assassinations.

The Executive Secretary of the Commission, Chief Tony Ojukwu (SAN) who stated this at the eve of the celebration of the 2022 World Press Freedom Day noted that the society should see journalists as “The oxygen of democracy and agents of change and development”, saying that their constitutional duty which is enshrined in Section 22 of the 1999 Constitution as amended, “to hold the goverment accountable to the people” distinguishes them as those who perform essential duty to the nation. At this time when Nigeria is at the crossroad of challenge of justice, equity and fairness to stabilize our democracy, the press must defend democracy by its commitment to holding our governments accountable to the truth always no matter the difficulties of the times. It must remain the conscience of the nation, telling the truth at times like this, to save our democracy.

This year’s theme for celebration of World Press Freedom Day is, “Journalism under digital siege” is apt as it seeks to bring to the fore, “the impact of the digital era on the freedom of the press, the security of journalists and access to information and privacy”.

The Chief Human Rights Officer stated that it is incontestable that the advent of the internet with the attendant boost in digital communication has benefited humanity in various ways, “but at the same time it has threatened our right to privacy, since virtually nothing is hidden from the internet radar.

“It is on this note that I commend UNESCO for championing the proposed World Press Freedom Day Global Conference scheduled to hold between 2nd and 5th May, 2022 in Punta Del Este, Uruguay. The conference would be a forum for key players in the internet related companies, legal experts, journalists etc to discuss the challenges of digital communications, the impact on press freedom and the way forward”, Ojukwu said.

According to the learned Silk, the commemoration of the World Press Freedom Day is not an opportunity to witch-hunt any person or Institution, but is a period to reminisce the fundamental principles of press freedom, guage the state of press freedom globally, defend the Media from attacks on their independence and to pay tribute to journalists who are either human rights defenders in custody or captivity or have lost their lives in the line of duty.

He therefore, urged the law enforcement agencies, including the Police to, as a matter of necessity, intensify their investigations to unravel the circumstances surrounding the death of some Nigerian journalists, including the late Vanguard newspaper journalist, Tordue Salem whose body was reportedly found in Abuja in 2021.

Observance of World Press Freedom Day which started in 1993, and celebrated on 3rd of May annually is designed to remind governments of the need to respect their Commitment to press freedom and to remind journalists of the need to adhere to their professional ethics, defend democracy, justice, equity and fairness and be committed as human rights defenders.