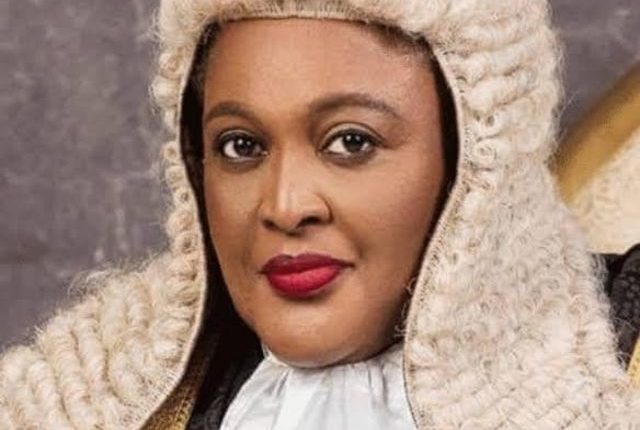 Hon. Justice Mary Ukaego Peter-Odili, on Thursday, bowed out of the Supreme Court of Nigeria following her retirement from public service, having attained 70 years on May 12, 2022.

Justice Mary is the wife of Dr Peter Odili, who served as Governor of Rivers State between 1999 to 2007.

Born on 12 May 1952, in Amudi Obizi, Ezinihitte-Mbaise, Imo State, Nigeria, Justice Odili attended the University of Nigeria Nsukka, Enugu Campus where she studied law between 1972 and 1976.

In her second year at the university, she bagged the university scholarship for maintaining the second class upper division league with higher scores.
She was rated the best student in the department of commercial and property law in 1976. She passed through the Nigerian Law School between 1976-1977 and was called to the bar in July 1977. Thereafter, she served in Abeokuta and Benin.

She later proceeded to the University of Nigeria, Nsukka (Enugu Campus) and obtained her Bachelor’’s Degree in Law (LL.B (Hons)) in 1976. She attended the Nigerian Law School in 1977 for her B.L certificate.

Hon. Justice Mary Ukaego Peter Odili was appointed a Justice of the Supreme Court of Nigeria (JSC) on 23 June, 2011.

She was conferred with National Honour Commander Federal Republic (CFR)

She is happily married with children.