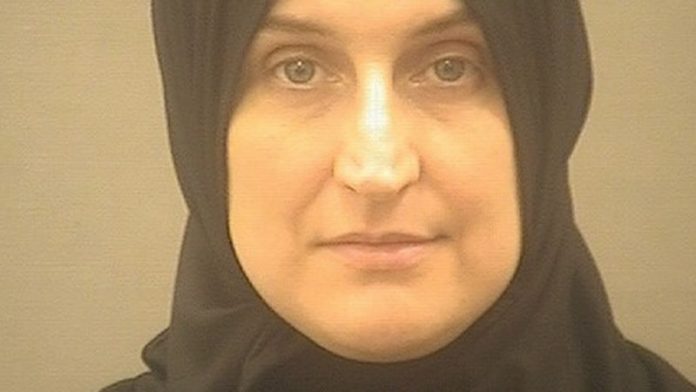 A US woman has confessed to leading an all-female squadron for the so-called Islamic State group in Syria, as well as plotting attacks on American soil.

Allison Fluke-Ekren pleaded guilty to one count of providing support to the group and admitted to training over 100 women and girls for violence.

The mother and teacher-turned IS leader left the US in 2011, and worked with a terror group in Libya before Syria.

She faces a maximum of 20 years in prison at her sentencing in October.

Fluke-Ekren, 42, a former biology student and school teacher, travelled to Syria to join the group after living in Egypt and Turkey.

Her primary role was to teach women and children to use weapons, ranging from AK-47 rifles and grenades to suicide vests, according to officials.

In a Virginia court on Tuesday, she admitted to training the all-female group, but claimed she had never attempted to recruit children.

“We didn’t intentionally train any young girls,” she said, according to CNN. Some of the women she trained are expected to testify against her at her sentencing hearing.

Fluke-Ekren, who was known by the moniker Umm Mohammed al-Amriki, also lived in Mosul, Iraq, after it was captured by IS fighters.

According to prosecutors, one witness testified that her level of radicalisation was “off the charts”, and an “11 or 12” on a scale of one to 10.

She also admitted to discussing attacks on US soil, including at a university and shopping mall.

She “considered any attack that did not kill a large number of individuals to be a waste of resources”, a witness said, according to the plea agreement.

The documents also reveal her second husband was a member of Ansar Al-Sharia, the militant organisation that attacked a US compound in Benghazi, Libya, in 2012.

She and her husband, who was later killed in an airstrike, drafted a report for the leadership of the group after analysing US documents taken from the Benghazi attack.

In court, she wept when asked by the judge if she was taking the plea agreement because of her large number of children.

Her family members have previously asked the court to ban her from contacting them.

According to one US prosecutor, the relatives say she left a “trail of betrayal” and they may issue statements against her at her sentencing on 25 October.
Source: BBC