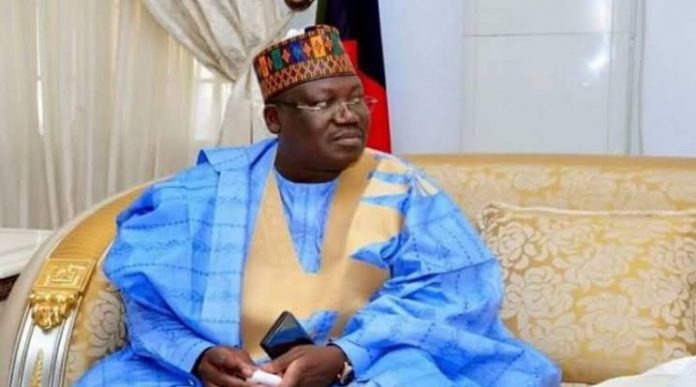 The names of the Senate President, Ahmad Lawan, and former Minister of Niger Delta, Godswill Akpabio, were conspicuously missing as the Independent National Electoral Commission (INEC) released the names of the successfully nominated candidates of the 18 political parties on Friday.

For the purposes of claims and objections, forms and particulars of presidential candidates were slated to be published on Friday, at the INEC headquarters in Abuja while those of senatorial candidates were pasted at its offices across the federation.

With the exception of presidential candidates’ particulars missing on the INEC notice board in Abuja as scheduled, names of senatorial candidates nominated by parties were confirmed and published at the state level by PREMIUM TIMES.

Despite not participating in the senatorial primaries of the All Progressives Congress (APC) held in May, Messrs Lawan and Akpabio were controversially nominated as its candidates for Yobe North and Akwa-Ibom Northwest respectively ahead of the 2023 poll.

In place of the duo who were then entwined in the race for the APC presidential ticket, Bashir Machina and Udom Ekpoudom had emerged for the Yobe North and Akwa-Ibom Northwest in primaries respectively supervised by INEC officials.

While there have been some controversies around Mr Akpabio’s ‘backdoor’ emergence, Mr Machina has continuously vowed not to step down for the Senate President, Mr Lawan.

Machina, Ekpoudom’s names also missing
As the window to either officially accept or reject the names of the two “ineligible” APC chieftains closes, sources at the INEC office in Akwa-Ibom and Yobe told PREMIUM TIMES that both the names of Messrs Machina and Ekpoudom were not also submitted by the party.

Calls and text messages to the INEC spokesperson, Festus Okoye, by PREMIUM TIMES on Friday, to clarify some of the knotty issues around the candidacy were not honoured at the time of filing this report

However, when contacted, the Head of Voter Education and Publicity at the INEC office, Damaturu, Yobe State, Rifkatu Duku, confirmed that Mr Lawan’s name was not on the list.

She said the party does not have a candidate for Yobe North Senatorial District.

“We do not have any name from the APC, so their slot is empty. I guess the party is still trying to sort one or two things.

“I can categorically tell you that their (Messrs Lawan or Machina)names are not pasted,” Ms Duku told PREMIUM TIMES on phone on Friday.

If INEC throws out the names of Messrs Akpabio and Lawan from the submitted list, as stipulated in Section 84(13) of the Electoral Act for such a case, the APC may as well risk not fielding candidates for the Yobe North and Akwa-Ibom North-west senatorial seats in the 2023 general elections.