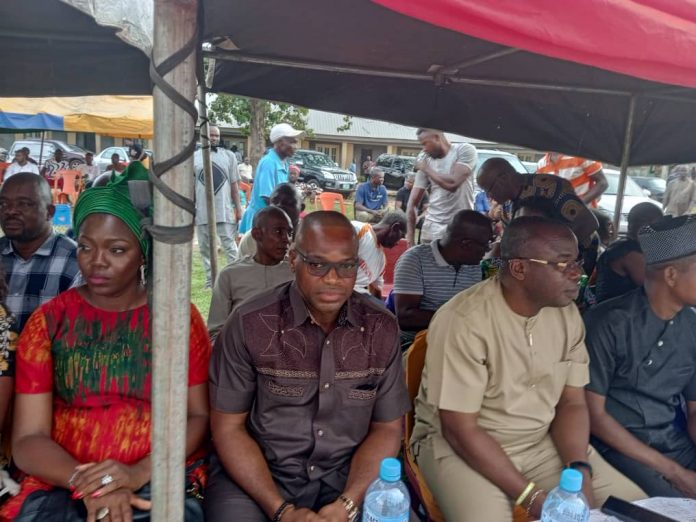 We can achieve an enduring peace through effective promotion of culture in our communities.

The Executive Chairman of Isi Uzo Local Government Area of Enugu State, Honourable Obiora Obeagu stated this at the weekend in lkem, the head quarters of the Area Council.

He was addressing indigenes and the guests during the celebration of new yam festival by the people of lkem Asokwa.

He further stressed that, “my administration will continue to promote culture as a way of peace building and cooperation among the communities within and outside the council “.

He commended Ikem people for sticking to their culture and for organizing such a colourful new yam festival annually.

Earlier in his address of welcome, the President General of the Federated Ikem Improvement Union, (FIIU) Professor Sam Chijoke Ugwu described the annual festival christened Oruroeshi as an important ceremony for the patriots both home and abroad.

He disclosed that, “it is usually a three-day outing which starts from the Orie market day with harvests’ competition while the actual celebration kick-starts on the next Afor day and climaxed with the wrestling competition on the third day which is the Nkwo market day.

The age long celebration drew dignitaries from far and near which include the State Chairman of the Peoples Democratic party, (PDP), Chief Augustine Nnamani, the Honourable Member representing Isi Uzo Constituency in Enugu State House of Assembly, Honourable Amaka Ugwueze, former Nigerian Ambassador to Spain and Vatican, Ambassador Kingsley Sunny Ebenyi and the representatives of Ikem Ubosi from Ngwa la d in Abia State the ancestral brothers of lkem Asokwa.

A nu.ber of othe dignitaries and traditional Rulers from adjoining communities also graced the occasion.