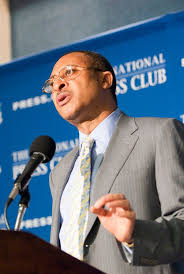 The Spokesperson of the Thirdforce, Dr Yunusa Tanko has described the reported rift between Professor Pat Utomi and the Presidential candidate of the Labour Party, (LP) His Excellency, Peter Obi over campaign fund as the handwork of the opposition.

Dr Tanko noted that the story was deliberately planted by those who were jittery over the daily rise in the popularity of the Labour Party flag bearer across the country.

According Tanko, “we know it was the handwork of the opposition who are merely looking for ways to break the ranks of the Obidient Movement. As far as l know, no campaign funds account has been opened anywhere.

“If you notice, our opponents don’t talk about what they want to offer to Nigerians, rather what they do is to attack our candidate everyday on social media platforms, electronic and print media.

“They say we are noise makers, we don’t have structures yet they are afraid of the Obidient Movement. But the good news is that the more they attack us the more our supporters grow”.

Thirdforce spokesman stressed that “Obi/Datti Movement is one family united by the patriotic force of determination to take back our country from those who had over the years hijacked the country”.

Dr Tanko further added that the claims that allies of the Presidential Candidate of the Party, Mr. Peter Obi, had sidelined the National Chairman of the Labour Party, Barr. Julius Abure, and Professor Pat Utomi, who were earlier listed as signatories to the Labour Party’s campaign donation account, were unfounded.

He disclosed that FUND40MB that was referred to in the said story had existed even before Peter Obi contemplated joining the Labour party and therefore didn’t have anything to do with Obi/Datti campaign funds.

He also stated that “there are several levels of support groups for Peter Obi and they are all eager to donate materials and funds but we are taking time to harmonise the groups before opening campaign funds/donation accounts to ensure transparency”.