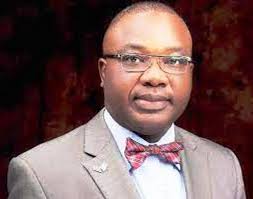 As Nigeria joins the rest of the global community to mark the 2022 World Humanitarian Day (WHD), the National Human Rights Commission (NHRC) urges citizens to be advocates of humanitarian services, particularly with the high scale violence and the attendant humanitarian issues in parts of the country.

The Deputy Director Public Affairs, Fatimah Agwai Mohammed who disclosed this in a statement said the Executive Secretary of the Commission, Chief Tony Ojukwu (SAN) who gave this advice this in Abuja on the eve of the 2022 WHD, noted that the record high insecurity manifesting in form of armed banditry, kidnappings, killings, communal conflicts, farmers/herders clashes and displacements, saying “we cannot afford to leave humanitarian protection in the hands of aids workers alone”.

The Chief Human Rights Defender in Nigeria observed that the international partners such as UNHCR, UNDP, UNICEF, UNODC, EU, USAID, ICRC, OHCHR etc and relevant Civil Society Organisations (CSOs) have been grappling with the huge humanitarian duties in the country, stressing that every citizen should lend their support to this noble cause for a more inclusive and egalitarian society.

“Personal sacrifices, ranging from empathizing with the victims, offering accommodation to the distressed and dislocated, networking with Community Based Organizations (CBOs) to donate basic needs for livelihood and other necessaries to the victims within and outside the Internally Displaced Persons (IDPs) camps across the country are highly encouraged in this critical time”, Ojukwu emphasized.

The Senior Advocate of Nigeria stated that the 2022 theme of WHD, “#TheHumanRace”, serves as a reminder that all of us are members of one humanity irrespective of colour, sex, religious belief, socio-cultural and political orientation or status, hence the need to care for one another and eschew all forms of discrimination.

Ojukwu recalled the origin of WHD when on the 19th August 2003, 22 people including the Chief Humanitarian Officer in Iraq, Sergio Vieira de Mello were bombed at the Canal Hotel in Baghdad, Iraq for which the UN General Assembly designated the Day to honour the victims and other humanitarian workers around the globe.

The NHRC Boss also assured humanitarian workers who are still in the field that their sacrifices are not in vain but rather appreciated.

Meanwhile, he commended the federal government for the thoughtfulness in creating a Ministry of Humanitarian Affairs, Disaster Management
and Social Development and other interventions to address the plights of the Internally Displaced Persons (IDPs), refugees, returnees, migrants which if left unattended to, will snowball into further violations of human rights.

While commiserating with the families of humanitarian workers who lost their lives during the course of their work, the Executive Secretary used the
opportunity to urge Nigerian institutions and organizations to always mainstream human rights in their daily activities in line with extant national, regional and international human rights and humanitarian
laws to enhance the inherent dignity of mankind.

In order to ameliorate the plight of victims/survivors and humanitarian workers, the National Human Rights Commission is working with the Ministry of Justice, Defence, Civilians in conflicts and other stakeholders to adopt a National Security Policy for the protection of civilians. When adopted, this will improve the climate for humanitarian workers and displaced communities in the country.

Meanwhile, the Commission with the support of UNDP and EU is currently promoting reconciliation, reintegration and transitional justice in seven pilot project communities in Borno, Adamawa and Yobe states.