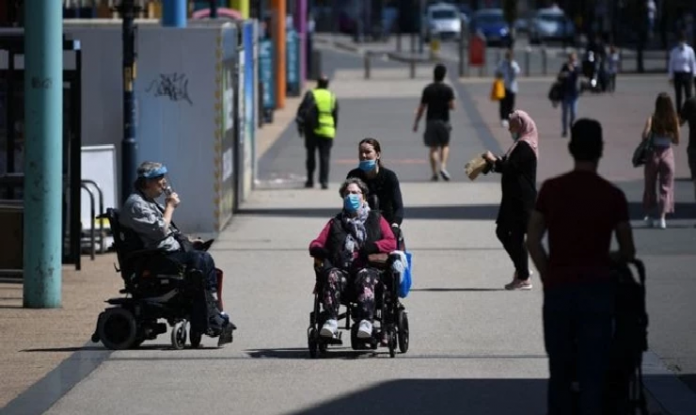 The UK will be living with coronavirus for many years to come and even a vaccine is unlikely to eliminate it for good, experts are warning.

He went on to say humanity would be living with the virus for “decades”.

It comes after the prime minister said last week he hoped for a return to normality by Christmas .

Boris Johnson made the comments as he set out plans to further ease restrictions, including the opening of leisure centres and indoor swimming pools later this month and the prospect of mass gatherings being allowed from the autumn.

But experts giving evidence to the cross-party group of MPs said it was important to be realistic that the virus would still be here.

Sir Jeremy, a member of Sage, the government advisory body, said the world would be living with Covid-19 for “very many, many years to come”.

“Things will not be done by Christmas. This infection is not going away, it’s now a human endemic infection.

“Even, actually, if we have a vaccine or very good treatments, humanity will still be living with this virus for very many, many years…. decades to come.”

He urged against complacency during the summer, saying the period was a “crucial phase” to prevent a second wave.

“If we have any sense of complacency of ‘this is behind us’, then we will undoubtedly have a second wave, and we could easily be in the same situation again.”

He said it was important to further build up testing capacity as well as investing in treatments and vaccines.

Vaccine ‘unlikely to have durable effect’

Prof Sir John Bell, of the University of Oxford, said he thought it was unlikely that Covid-19 would ever be eliminated despite the positive news announced on Monday that trials by his university had triggered an immune response – an important step in developing a vaccine.

“The reality is that this pathogen is here forever, it isn’t going anywhere,” he told MPs.

“Look at how much trouble they’ve had in eliminating, for example, polio, that eradication programme has been going on for 15 years and they’re still not there.

“So this is going to come and go, and we’re going to get winters where we get a lot of this virus back in action.

“So I think the idea that we’re going to eliminate it across the population, that’s just not realistic.”

The government’s chief medical adviser was also quizzed by MPs.

Prof Chris Whitty was asked at length about the UK’s record so far in tackling coronavirus.

He defended moves to end attempts at trying to contain the virus in March, while defending the actions of ministers accused of announcing lockdown too late.

Crucial evidence about the scale of the outbreak and modelling about how quickly it could spread was presented to ministers on 16 March.

But it was a full week later that a total lockdown was announced.

Prof Whitty said it was not a “huge delay” given the “enormity” of the decision.

He also pointed out that others steps were taken in the meantime, including the closing of schools.

Meanwhile, Health Secretary Matt Hancock has defended the government’s record on testing – and his decision to set the target of providing 100,000 tests a day by the end of April.

The move has been criticised with some describing it as arbitrary.

But Mr Hancock told the Science and Technology Committee, which was sitting after the Health Committee, that it was important because of the need to “scale up” at an unprecedented speed.

“The point of the big, hairy, audacious goal is to say to the whole system, ‘this is where we’re going, you do your bit, let’s get there’.”

45,422 people had died in hospitals, care homes and the wider community after testing positive for coronavirus in the UK as of 5pm on Monday, up by 110 from the day before

Separate figures published by the UK’s statistics agencies show there have now been 56,100 deaths registered in the UK where Covid-19 was mentioned on the death certificate

In the 24-hour period up to 9am on Tuesday, there had been a further 445 lab-confirmed cases. Overall, a total of 295,817 cases have been confirmed since the outbreak began