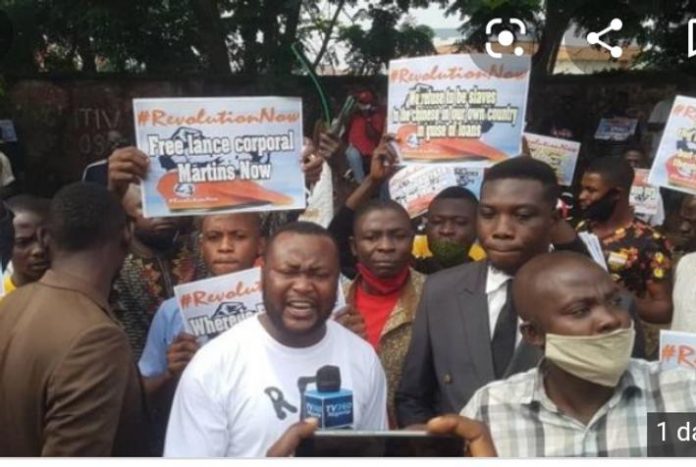 There was a mild drama on Channels Television’s Sunrise Daily programme on Thursday when the President’s most senior spokesman, Femi Adesina; and the National President of Revolutionary Lawyers Forum, Mr Tope Akinyode, exchanged words over the #RevolutionNow protests that took place in various parts of the country on Wednesday.

Akinyode, who took part in the protests which were disrupted by security operatives, said the aim of the demonstrations was to demand good governance, poverty eradication, a stop to the insecurity and many other issues.

In his response, however, Adesina described the protests as an irritation and a child’s play.

He said, “Well, was it really a protest? By my estimation, it just seemed like a child’s play because protests by their very nature are spontaneous things, mass things. These are just a sprinkle of people trying to be funny. As far as I am concerned, it is nothing to worry about.

“A revolution is always a mass thing, not a sprinkle of young boys and girls you saw yesterday (Wednesday) in different parts of the country. I think it was just a funny thing to call it a revolution protest.”