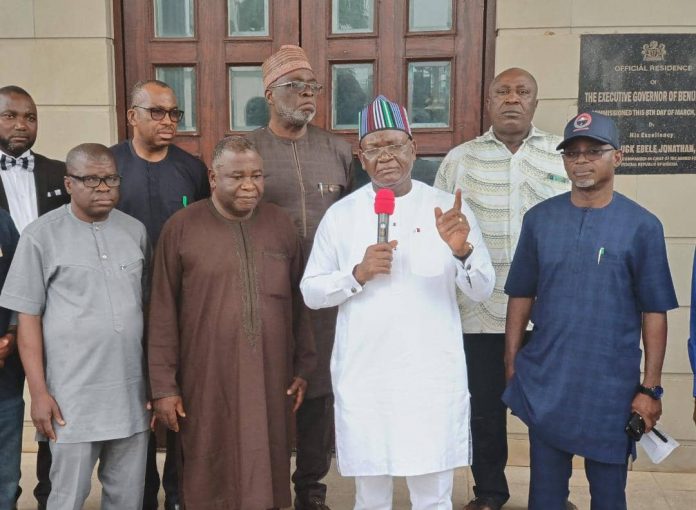 The Governor was in March this year  endorsed as the sole PDP senatorial candidate by the stakeholders from the zone to contest the Senate seat.

Speaking to journalists shortly after he was declared winner by the returning officer for the election at the Benue Peoples House, Makurdi, Governor Ortom expressed appreciation to the people of the zone for always standing with him.

According to the statement signed by his Chief Press Secretary, Nathaniel Ikyur made available to Peionews, Orrom said he was pleased to be given another opportunity to serve the state at the Senate at the expiration of his tenure as governor.

According to the Governor, the people of State, especially the people of Benue North-West, have demonstrated an  uncommon support to him, pointing out that “i have nothing to pay back than to remain their loyal servant, to give all to their service, ” Governor Ortom stated.

The Governor also pledged his commitment to continue doing his best in service to the people of the State, saying “The interest of the people will always be my priority.”

He commended the successes recorded in the conduct of the party’s primary elections into the State Assembly and House of Representatives, stressing that this was the result of the series of meetings and consultations that were held to guarantee the success of the primaries.

While commending the electoral panels for carrying out a diligent exercise, he noted that no aspirant who lost out protested  because the exercise was free and transparent.