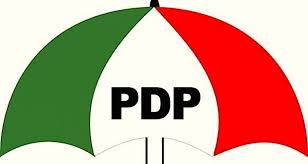 Adeleke polled a total of 179,616 votes while Governor Gboyega Oyetola of the All Progressives Congress (APC) secured 170,931 votes in the election.